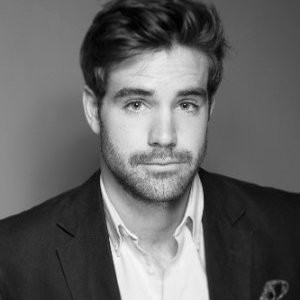 Next Article
Navigating the fake from the ‘Fry’- Did the Google ‘experts’ kill Einstein?
0% Complete

We are all driven in a large part by one, two or three of the following fundamental lifestyle goals; family, career and personal entertainment.

How we do in those goals shapes how we feel about our position on a ladder of success. We determine our success by measuring the adopted risk of achieving those goals vs maintaining a balance of effort towards each goal.

The majority of us, 68%, fit a profile known as Mainstream Adopters. The balance of  measurable risk means we adapt to new things after those who have tested the waters and verified all is safe.

On the other hand the testers are the early adopters. According to Everett Rogers’ study titled ‘the diffusion of Innovations’, early adopters make up a small portion of a population, at just 13%.

Most people think that being an early adopter means you have to take greater risks, or at least enjoy taking risks, and there is little chance of reward.

Yet, to a certain extent the opposite is true.

Early adopters thrive on information. Irrational impulse buys are not their modus operandi. Early operators are fundamentally rational researchers. The risk of buying into something first is mitigated by the quick adoption of researched information into the market.

The next motivation is novelty. Here risk is mitigated by the feeling achieved by saying ‘I have the new phone…’, ‘I’m a member of this new….’, ‘have you heard this band’ and receiving answers of ‘wow, when did you get that?’, ‘really, how did you manage that?’ ‘This is amazing, I’ve never heard of them before’. This offers a sense of exclusivity. I’m at the cutting-edge. I’m there before the rest.

Finally, status is an extremely powerful psychological driver for Early Adopters. They choose products and services that best represent them in their environment. Being seen to have the new device or service amongst their peers is a strong incentive. But this isn’t a risk. Adopting a product and service that exemplifies their character and persona amongst peers carries more kudos as it shows calculation and expert assessment. The adoption of a radical product or service outside of a person’s known status would be the embodiment of risk. Yet early adopters don’t do so. Tech bloggers, aren’t going to adopt the latest and limited edition jacket, but they will be the first to have the new screen adaption of a phone, in order to maintain their status and blog at the tip of the tech spear.

What sets Early Adopters apart form the rest of the crowd?

Early adopters fundamentally are, or quickly become, experts in a field. For them a risk is one that lacks understanding and education. Early adopters are seen to be risk takers by the majority, but educated experts by themselves.

Early adopters shape the mainstream, influence the evolution of product, service or environment and by that measure are the most important percentage of a population. This influence helps shape our lifestyle goals.

What’s the main advantage of being an Early Adopter?

The real benefit to early adoption is the advantage of a head start. In a modern world of continuously and rapidly shifting environments, being ahead of the curve means you generally stay ahead. Those that wait have much to catch up on and much more to do to become the top, the first, or the best. Majority adopters rarely reach the top or become the best and seldom innovate.

We therefore need more early adopters. Without them crucial change and innovation in areas drastically in need, remain unachievable.

And it’s not difficult to move from the majority to the early. By re-evaluating the risk and by trusting your own expertise and knowledge you’ll soon realise that you’re more than comfortable being the first down the mountain.

Bodyfanatix® is welcoming early adopters into our environment. We salute those who want to join us ahead of the curve. Are you ready for early adopter status?