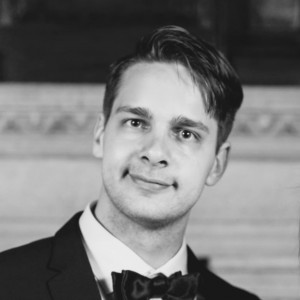 John is a very fit and active 62 year old retired man, who has always been very active in the past enjoying hill walking in places such as the Pennines and more luxurious destinations such as the epic Camino trail in Spain. In his younger days he was a keen runner and cyclist but does this less so nowadays.

When John came to see me 6 months ago the first thing he said to me was "Matt I have embarked on a ridiculous quest to do a charity row across the channel and I'm falling apart" to which I responded "Wow that's quite a challenge". He was reporting hamstring pulling when walking/running, which has been increasing since he elevated his training and exercise to train for the big event which at the time was in 2 months.

John was training 5-6 days a week in the gym, which involved 1-2 hours of static rowing followed by resistance machines to build muscle in the legs and then finished with cardio on the cross-trainer or bike, this had been his routine for some time gradually building up intensity as he progressed.

It was obvious to John and myself that the amount of exercise and the current intensity was the cause of his pain to which the obvious answer would be to stop exercising and rest for a while, but with his first Thames River row coming up that weekend and with consecutive events leading up to the event I realised this wouldn't be in Johns best interest.

Johns main concern was his hamstring pain, which turned out to be a muscular strain/tear causing bunching of the muscle fibres. For this to heal the muscle does need to be rested so instead of asking John to stop all together for a week to allow the tissues to knit back together, which wasn't an option and as an athlete will probably not appreciate the advice. Instead I asked John to stop the cross trainer for a week and replace it with cycling only to begin with, making sure he was not clipped in and only pushing on the pedals.

John mentioned that he was stretching his hamstrings a lot to alleviate the pain. I explained to John that stretching at the moment is going to hinder as opposed to help the hamstring as the muscle fibers need to repair and knit back together, stretching would undo this prolonging the symptoms.

I next saw John after his first water row where he explained that his hamstring is doing much better and is only experiencing a small amount of discomfort. John was happy with the advice and progress of his hamstring nevertheless the open water row has brought about a new challenge where he underestimated the weight of the oars and the difference from static rowing.

He was using his legs predominantly on the static rower giving him his driving force but the river boat had a static seat encouraging more force through the upper body, which he was not used to. The weight and gripping force required caused him to have tingling into both hands, upon investigation and testing of neurological structures it was a general muscular tension through the forearms causing mild neuromuscular compression.

Johns forearm muscles had taken a pummelling possibly because the lack of training in that area or instead of looking locally at the forearms and saying they're weak maybe they are compensating for dysfunction or restriction elsewhere in the elbow, shoulder or the spine maybe.

The spine and shoulder interact via the ribs of which the scapula (shoulder blade) glides over the ribs. If the spine is restricted in movement then this will directly correlate to the ribs allowing a less congruent surface for the scapula to glide upon, therefore limiting the movement of the shoulder forcing the body to find movement elsewhere usually in more vulnerable areas that aren't designed for such movements.

In the case of John this was so, there was restriction in the spine not allowing  full range of motion out of his shoulder complex thus forcing his smaller muscles in his forearm to compensate. Improving the spine and shoulder function as well as stretches to the forearm reduced the tingling to a manageable level. The size of the oar was a maintaining factor throughout the following months but was able to stop it from escalating up until the big event.

John went on to row across the English Channel with his team of similar aged gentlemen and on our last session together mentioned that he absolutely despised rowing and will not continue with it- ironic really. What some people will put their body through for charity is amazing and I was glad to assist John through his journey.